MONSTER-MANIA CON returns to the Greater Philly Expo Center the weekend of November 11-13, bringing the top names in the world of horror films.

ROBERT ENGLUND, best known to horror fans as FREDDY KRUEGER from the A NIGHTMARE ON ELM STREET films will be headlining the three-day event.  Joining him will be COREY TAYOR, who is the lead singer of the horror rock group SLIPKNOT. 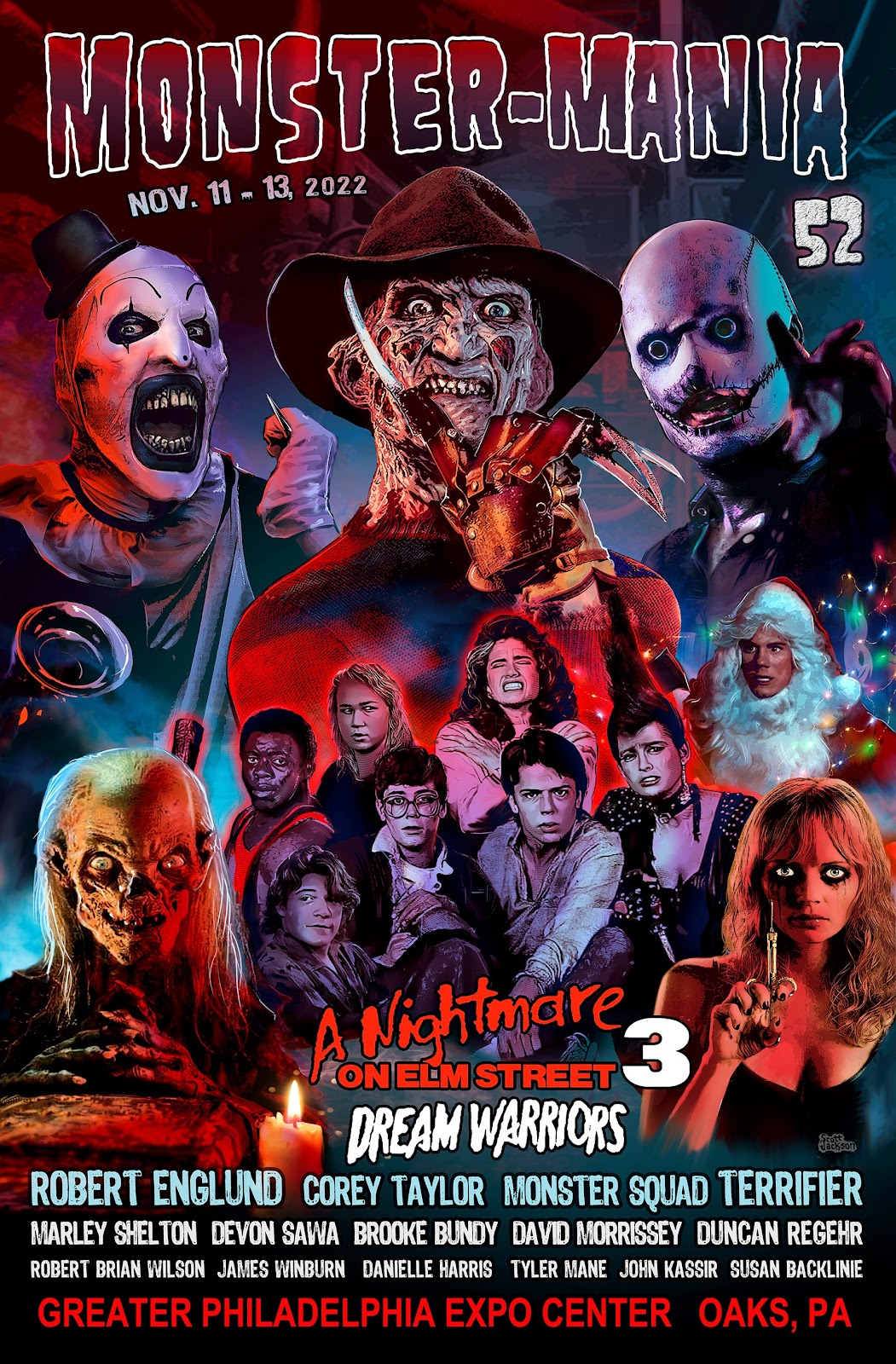 Other stars joining the three-day horror fest will be JOHN KASSIR, otherwise known as the voice of THE CRYPTKEEPER, DAVID HOWARD THORNTON otherwise known as the killer ART THE CLOWN from TERRIFIER 2, which is the hottest horror film currently taking the world by storm, TYLER MANE who donned the mask of MICHAEL MYERS from the HALLOWEEN film series, DAVID MORRISSEY from THE WALKING DEAD and many, many more!

There will also be a special reunion of the stars of A NIGHTMARE ON ELM STREET 3, which is the most popular film in the series.

The show will also feature special IN-COSTUME Photo Ops that include ART THE CLOWN, MICHAEL BAILEY SMITH dressed as “SUPER FREDDY” from A NIGHTMARE ON ELM STREET 5 and just in time for that family holiday card photo, we’ll even have a special photo op with a KILLER SANTA, as ROBERT BRIAN WILSON will be dressed as his deranged killer from SILENT NIGHT, DEADLY NIGHT!

MONSTER-MANIA CON features autograph and photograph sessions with the stars, wall to wall vendors, tattoo artists, and various events including a costume contest.

Tickets for the event are available online at www.monstermania.net and also at the door.

Show hours are: Friday 5PM- 10PM; Saturday 10AM-7PM and Sunday 10AM-5PM.  Children ten and under are free with a paying adult.

To learn more go to www.monstermania.net.

Speaks thanks to David Hagan and the Valley Forge Tourism and Convention Board. 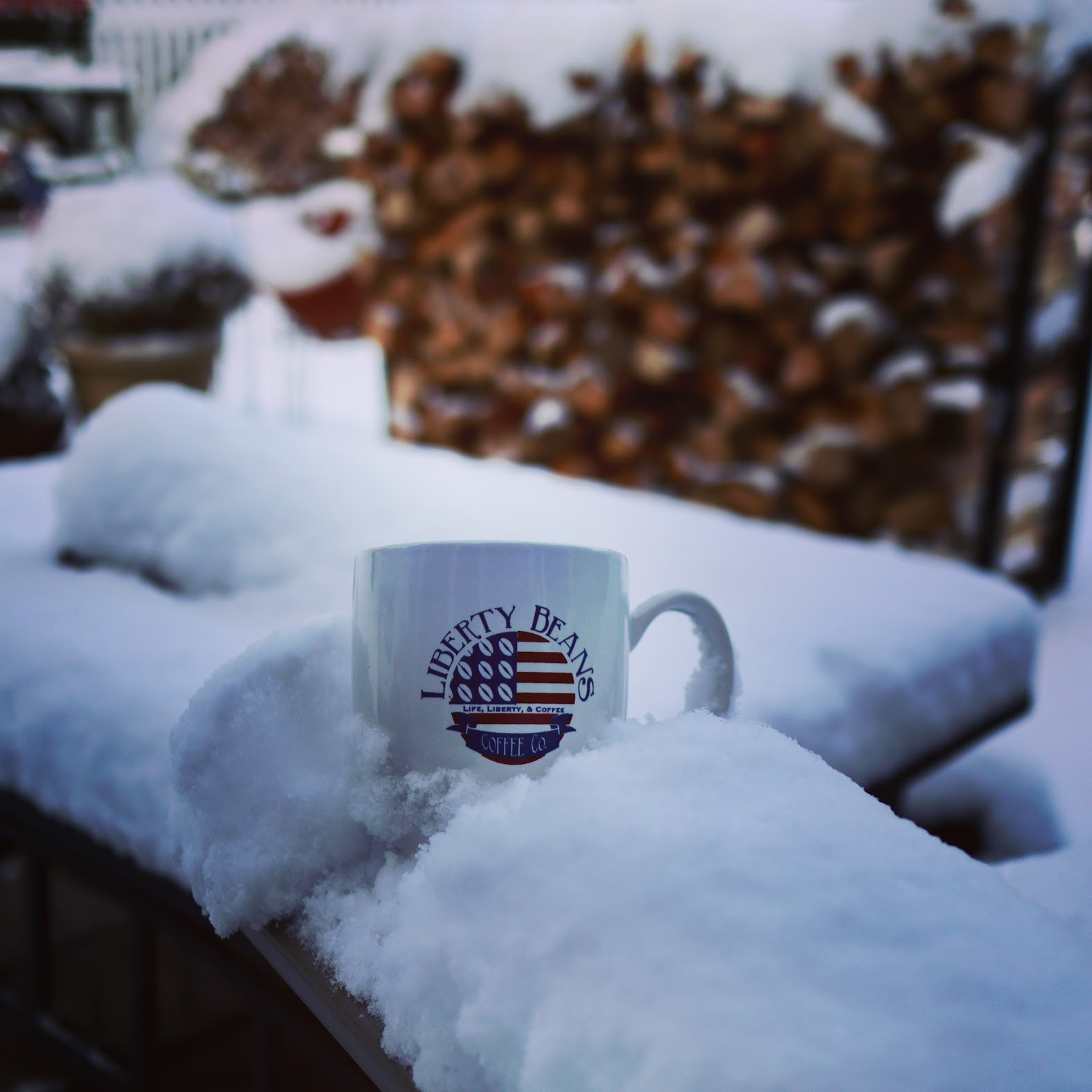 I don't know about you but this summer could use a pick-me-up. Thankfully, I have curated some delicious treats to get us through the dog days of summer. 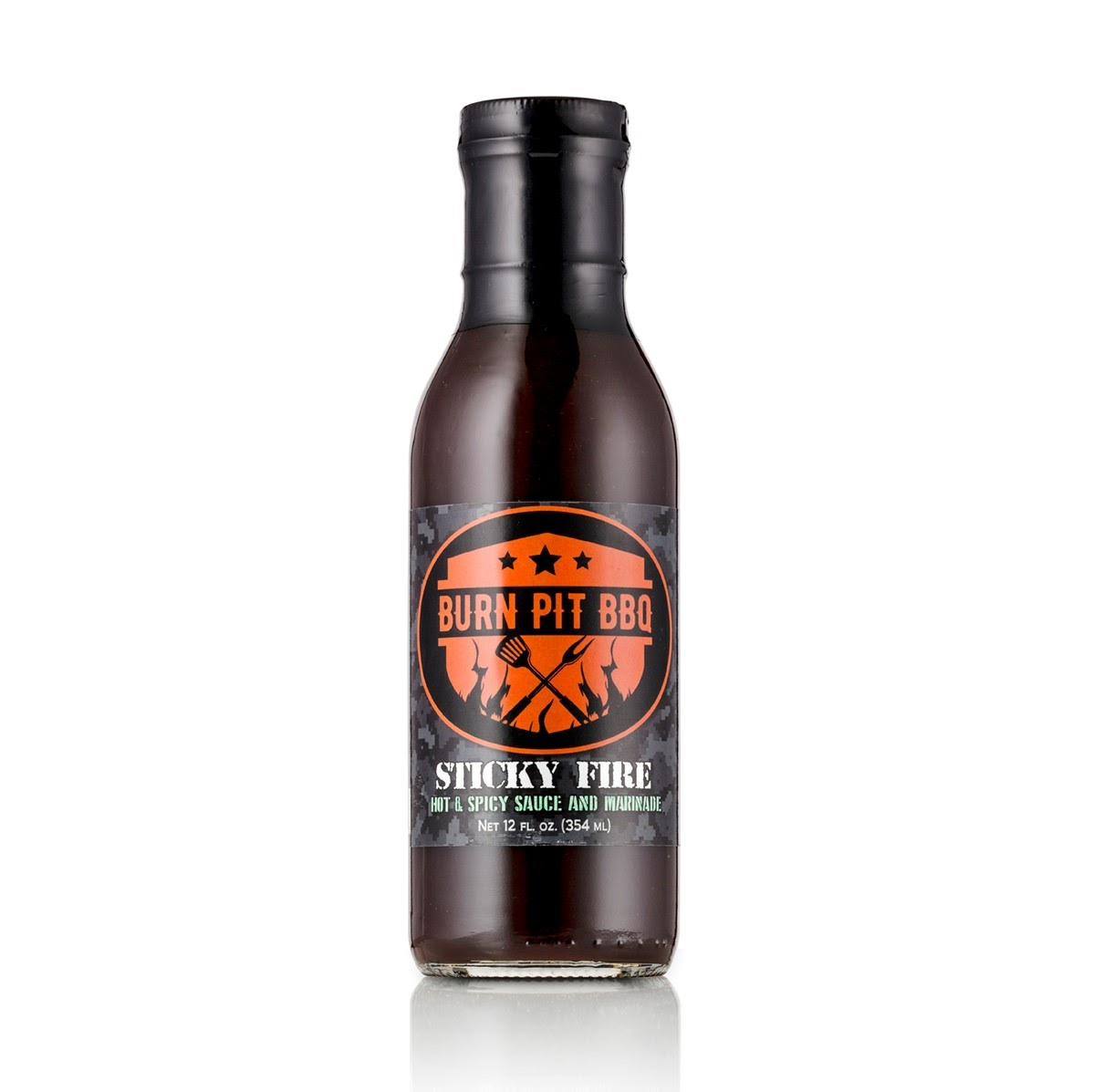 Many guys love turning their backyards into THE spot for amazing barbecues and if this sounds like a guy you know, consider gifting him Burn Pit BBQ sauces, rubs, and seasonings!

This veteran-owned company is committed to using only high-quality all-natural ingredients to provide flavorful products all while giving back to the veteran community one barbecued-goodness bite at a time.

Originally beginning as a blog offering tips on all things grilling, Burn Pit BBQ understands how disappointing it is to ruin a perfectly good slab of meat which is why they’ve created products to help achieve the barbecue bliss that will be the envy of all your neighbors! 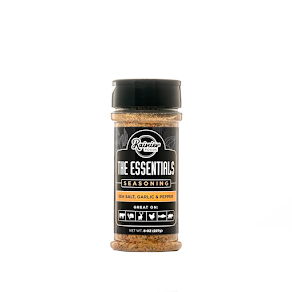 Rainier Foods is the maker of delicious premium spice blends perfect for a multitude of mouthwatering meals.

From vegetables to chicken, pork, beef, seafood, and snacks, they have the right seasoning for any recipe.

A family-owned business located in the shadow of Mt. Rainier in Washington, they source the finest ingredients, with all products made locally to ensure the best quality from the Pacific Northwest. 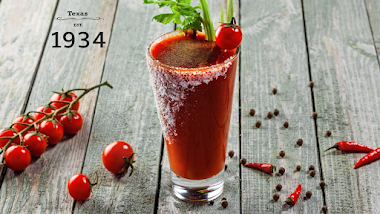 Time to enjoy 1934’s Bloody Mary Exceptional Mix that judges and consumers from the world’s most prestigious competitions have awarded the BEST Bloody Mary four years running since 2018!

This handcrafted small batch mix has a bold full-bodied flavor made using only natural ingredients that won’t water down in your glass. 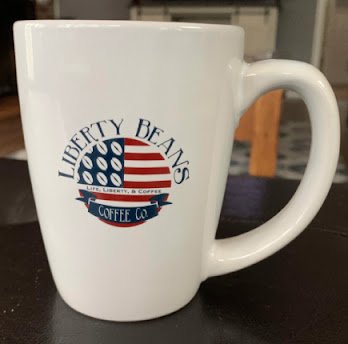 You need to start your mornings with a bold roast from Liberty Beans Coffee Company!

The husband and wife team searches the world for the best beans available from coffee-producing regions in Guatemala, Brazil, and Columbia.

By fine-tuning the coffee roasting process, the brand maintains the delicate natural flavors and unique profiles for the ultimate sipping experience.

Check out these great products to get through the rest of the summer!

Mark Van Horn always knew he’d have a career in food service, and now his career has come full circle in his own restaurants in Montgomery and Chester Counties.

“I’ve been in restaurant kitchens since I was a little kid. My father had a second job as a waiter at the infamous Newtown Squire and wore his tuxedo every weekend, Marks recalls. “Through my eyes and senses, it was an incredible place with the smells, the mere size of the place.”

Fast forward to New Year’s Eve in 1982, Mark remembers the dishwasher staff didn’t show up for work, so my dad calls my mom and says bring Mark in; he has a new job. 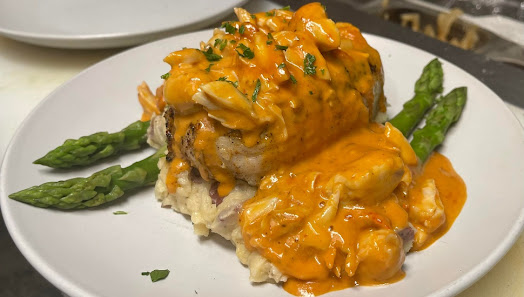 After a stint at Nifty Fifties, Mark honed in on his cooking skills and worked his way into management, then as a chef.

“I had minimal actual cooking experience but had my first child and needed a decent job. I bought the textbook used by the Culinary Institute of America and I really learned how to cook from reading that book from cover to cover,” he says.

Mark eventually tired of cooking what other people wanted him to cook and “go off-script a little bit.” He answered an ad for a restaurant/bar for rent in Royersford.

Mark had never heard of Royersford before that and the Bealers, the owners of the property lend him the capital to get started. That place became the French Quarter Bistro on Main Street.

“The FQB was my happy place for a long time. I’ve met and fed thousands of people through there over the course of about 18 years. My closest friends I met through the FQB!” he says.

Mark then closed the restaurant and managed the Corropolese Bakery in Limerick. The Corropolese family are great people and their product is the best, Mark says, but he wanted to get creative again in his own space. “I missed coming up with little twists on dishes and I missed cooking for people. It’s what I really live to do!”

Mark opened Curley’s Cue in Spring City with BBQ and pizzas, but closed that location after his lease was up and finding the Phoenixville location, jumping on that opportunity. Mark opened Van Horn’s on Bridge Street in Phoenixville, offering a little bit of everything: Cajun, Italian, some BBQ, even Sunday Brunch.

And so far, Phoenixville has been super welcoming, especially other restaurant business owners. “Currently I am focusing on cheesesteaks and fun combinations like blackened pork chops with lobster sauce and fried burrata. I’m a big foodie,” Mark Van Horn explains.“I like to mix things up like steak au poivre or blackened chicken and fettuccine Alfredo or Truffle mac and cheese,” he says, “Just fun good food at Van Horn’s like cheesesteak egg rolls.”

Check out Van Horn’s this summer in Phoenixville on Bridge Street. 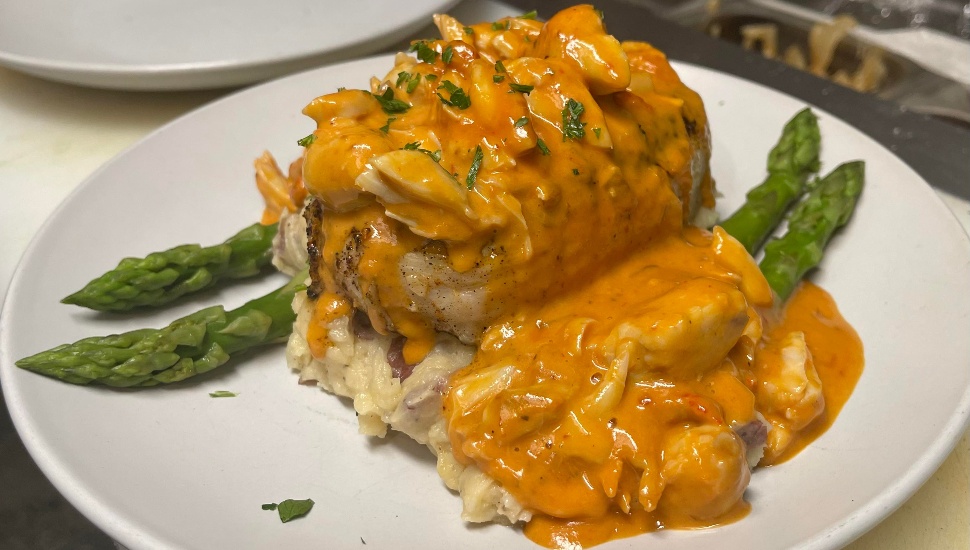 Check out the latest!

MONSTER-MANIA CON returns to the Greater Philly Expo Center the weekend of November 11-13, bringing the top names in the world of horror fil...

Be Featured on Engchik Eats 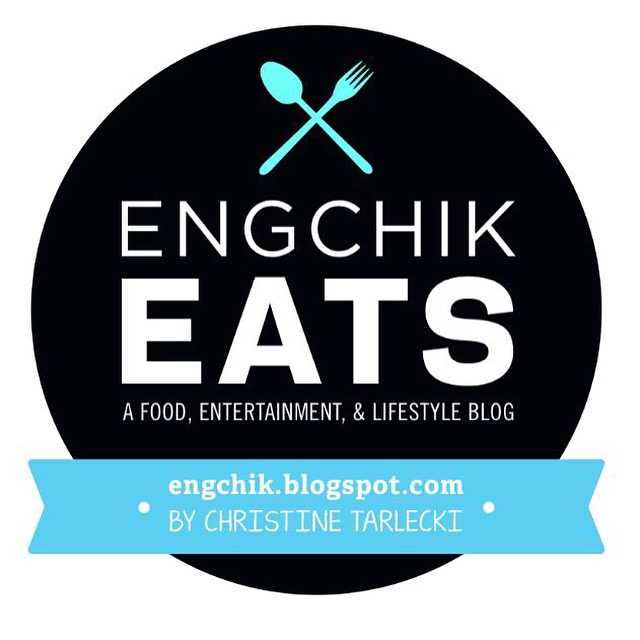 Got the perfect product, service or establishment that deserves some attention? Contact me and I'd love to review your product, place, or service.

Do you need fresh content written for your product, press releases or sponsored content for new items, podcast copy, online/blog ads or social media direction?
Email me now for a free consultation!
engchik@gmail.com

'You can never get a cup of tea large enough or a book long enough to suit me.' C.S. Lewis

Engchik
Read about all my culinary adventures on Engchik Eats: cookbook reviews, recipes and food reviews, local entertainment and restaurants! I'm all about #LocalLove! I'm a writer and photographer, a savvy content strategist, PR / marketing teacher, and social media expert working with local and national brands as their brand ambassador on FaceBook, Instagram, and Twitter!